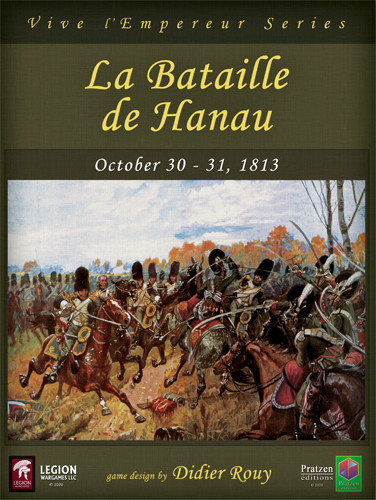 At the end of the campaign of 1813 in Saxony, after the defeat of Leipzig, known as the battle of the nations because it opposed 185,000 French to 300,000 allies of all nations (Prussians, Russians, Austrians, Swedes, and many others ...) , the Grande Armée retreats towards France, thus having to cross half of Germany. This retreat, from east to west, passes through Frankfurt, but in front of this city is a quite unexpected army, half formed of former allies of France, the Bavarians of General de Wrede. Bavaria, whose defection is only the last of a long series, is eager to keep its independence and the only possible way is to rally the coalition, forced by the presence of the Austrian corps commanded by Fresnel and Klenau. Thus Napoleon found before him not only an Austrian corps but also the troops supposed to watch it, these two corps forming an army of about 50,000 men, determined to cut the road to the French, convinced that it was only a mob of stragglers and that the task will be easy. De Wrede's was surprised when he realized that he did not have a few stragglers in front of him but the Imperial Guard, commanded by the Emperor himself ... History shows that de Wrede’s bad set up did not hold against the best troops of the time. Although roughed up on the 30th, de Wrede realized on the morning of the 31st that the French had continued their retreat towards Frankfurt, and decided to try again. After a little fighting overnight and in the morning, de Wrede launched another assault around 1 pm. Now, this is your chance to try to do better, either to stop the Guard or to recover some glory on the next day. This is when the game begins.